The Targets: Why children with special needs are frequent targets 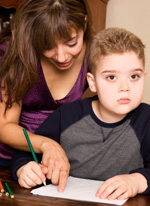 “For over 13 years, I have been a practicing attorney and advocate for families of children with special needs. There is not a week that goes by where I do not learn of a case of bullying directed toward a child with special needs.” – Attorney

Bullying certainly isn’t a new problem; it has existed for generations. Historically, many have seen it as a rite of passage, a type of de facto hazing. According to Dr. Peter Raffalli, a pediatric neurologist at the Children’s Hospital in Boston, Mass., this attitude is, in many cases, more dangerous than the bullies themselves. “No matter how you look at it, bullying is a form of abuse victimization, plain and simple,” said Dr.Raffailli. “It’s a case of the strong – or at least the stronger – preying on the weak. It says volumes about where we are as a culture and race.”

Bullying has negative effects on all its victims, but kids with special needs are especially vulnerable, according to Nancy A. Murphy, M.D., FAAP and chair of the AAP Council on Children with Disabilities Executive Committee. “Since these children already struggle with self-esteem issues,” said Dr. Murphy. “Bullying has a greater impact and they desire to fit in, and are less likely to stand up for themselves.”

According to researchers, children with special needs often have a lower social standing among the other students in the classroom which may lead to them so frequently becoming the targets of bullying. (Pepler & Craig, 2000; Dubin, 2007).

“Because of difficulties with social interaction and the inability to read social cues, children with autism and Aspergers syndrome have higher rates of peer rejection and higher frequencies of verbal and physical attacks,” said Robin Kowalski, a psychology professor at Clemson University in Clemson, S.C.

For children with special needs, and their parents, these trends present unique challenges that can, at times, overwhelm. “Many parents have a hard enough time dealing with the day-to-day challenges of life with a special needs child. Add bullying into the mix and everybody is just completely overwhelmed,” said one parent.

Overall, researchers have concluded that children with special needs are bullied more because:

Research conducted has demonstrated conclusively that children with disabilities are significantly more likely than their peers to be the victims of bullying. A study in the British Journal of Learning Support (2008) found that 60 percent of students with disabilities reported being bullied compared to 25% of the general student population. According to researchers Wall, Wheaton and Zuver (2009) only 10 studies have been conducted in the United States on bullying and developmental disabilities.  All studies found that children with disabilities were 2 to 3 times more likely to be victims of bullying than their non-disabled peers.  In addition, the researchers found that the bullying experienced by these children was more chronic in nature and was most often directly related to their disability.”

In a landmark study conducted in 1994, researchers found that children with visible physical conditions or disabilities, such as cerebral palsy and Down syndrome, are more likely to be called names or aggressively excluded from social activities. Other researchers have discovered that students with disabilities were more worried about school safety and being injured or harassed by peers, compared to students without a disability.

The IEP: Addressing bullying and a child’s IEP

In Connecticut, Julie Swanson, an advocate for families with special needs and her colleague, Jennifer Laviano
an attorney in private practice who represents children and families with special needs, joined forces with
other parents to persuade the State Department of Education, to begin to track the number of incidents of
bullying and the child with special needs. Julie stated that while there is no “official” data being kept on the
incidence of bullying among kids with disabilities, the incoming call data reflected a disturbing trend: more
than 50 percent of the complaints involved a student with an IEP, or a disability. The unofficial conclusion is
that there is a disturbing, disproportionate occurrence of bullying among students with disabilities.

“This is the exact type of data I attempted to identify as an unmet need in special education in my
involvement of the State Advisory Council,” said Swanson. “However, the state did not recognize this as an
unmet need that warranted money allocated to officially track the incidence among kids with disabilities.”

Special education programs and inclusion efforts have opened doors for thousands of children
with special needs. Yet, those very doors may have also made them vulnerable to bullying. Special classes,
extra help and visible assistance given to such students makes them different from other students. As a result,
other students too often characterize children with special needs as not smart or too different to be included.
Jerome J. Holzbauer at the University of Wisconsin-Milwaukee (2008) reported occurrences of harassment
of students with disabilities witnessed from 90 special education teachers in a large public school district.
Overall, 96.7 percent of the teacher reported that they observed more than one incident of school-related
disability harassment conduct.

“I have a 10-year-old daughter with cerebral palsy, said the father of a child with special needs. “Several days ago, I walked into my daughter’s school cafeteria unannounced. The ‘normal’ kids were throwing food at the children with special needs.”

Many classmates choose to not be friends with these children, thus leaving them purposely out of the social fabric in the classroom. Simply stated, students with disabilities stand out by virtue of behavioral, vocal or physical challenges.

Please help abilitypath.org continue to bring national awareness, quality information, and a voice to the issues of families with children of special needs by donating today.