Beyond Vaccines: Four Recent Studies on the Causes of Autism 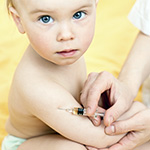 During a week when Dr. Andrew Wakefield’s study linking vaccines to autism was declared fraudulent in a lengthy report by The British Medical Journal, there are a number of theories circulating on causes of autism. AbilityPath.org has highlighted four recent studies related to the cause of autism in children:

Living Near Freeways May Increase Risk of Autism in Children.
Published by a team of researchers from Children’s Hospital Los Angeles, the University of Southern California (USC) and the UC Davis MIND Institute released a study last month stating infants born to mothers who live close to freeways have twice the risk of autism. The study concluded children living about 1,000 feet from a freeway at birth had a two-fold increase in autism risk.

Chromosome Change Points to Autism and Schizophrenia.
A study released at the end of 2010 in the American Journal of Human Genetics, stated individuals that possess a specific change in one of their chromosomes are nearly 14 times more likely to develop an autism spectrum disorder or schizophrenia than those without this change.

Studies like these seem to be released every month with a new explanation for the causes of autism when the truth is likely a variety of causes that require more scientific research. The question also arises whether autism is more prevalent today or just recognized more since reported cases of autism has increased by 57% between 2002 and 2006, according to the Centers for Disease Control and Prevention.

As scientific research continues on the cause or causes of autism, parents whose children are diagnosed can often times feel guilty or blame themselves. It is important to remember that no matter what research is uncovered, the most productive action for parents is to focus on treatment options and advocacy of services for their child.

AbilityPath.org would like to hear from other parents and professionals on opinions and theories on the causes of autism. What do you think causes autism? Do you think doctors and scientists will ever find a cause? Share your thoughts in our autism forum.

Establishing Services For Your Child