Diagnosed with Autism Spectrum Disorder (ASD), six-year-old Jacob Tumalan visits the Carson Animal Shelter once a week with his aunt who volunteers there. Early in his visits, Jacob felt he could reach the dogs with books when he said, “If I read to the dogs they will come out of their cages and find homes,” Jacob claimed. “They have to find new homes because they are alone.”

Children with ASD often suffer from antisocial tendencies and are unable to bond with their peers. However, rescue dogs have the potential to relieve these children of isolation and teach them valuable social skills! 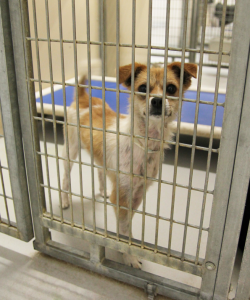 Good For The Boy And His Dogs

Jacob’s Mom, Katie Tumalan, told ABC News, “My son has always had a big problem with loud noises and a lot of activity around him.” Tumalan continued, “When he’s there, he looks like he’s pretty focused and he could block a lot of that out.”

Jacob’s mom said that “At times he’ll cover his ears, but he stays in tune with the dogs while reading his books.  It’s pretty awesome to me.” Tumalan also said her son’s reading skills have improved and this is helping Jacob come out of his own shell just a little bit.

Jacob seemed to gravitate towards one dog in particular, a pooch named Pirate who had a problem dealing with cats. For this cat-rattled dog, Jacob chose a feline-related book to read  and it seemed to calm down the canine. This practice of reading to the dogs seems to help both Jacob and his four-legged friends deal with some of their issues too. 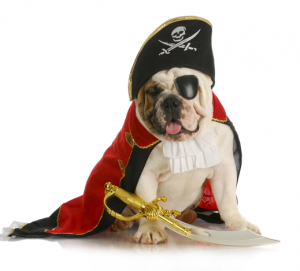 Inspired by Jacob’s involvement with the shelter dogs, his cousin Lindsay started a “Rescue Readers” group where children volunteer to read to dogs and cats in the shelter near them. These types of programs are available all around the country and are benefiting both youngsters and their four-legged audiences.

Getting kids to read more and helping these caged critters become better acclimated to potential adoptive parents is a real win-win situation for everyone involved. For Jacob and his pals at the Carson Animal Shelter, these weekly visits are benefiting him and his furry friends.