The AbilityPath Aquathon is a fun and engaging swim event that raises money to assist children and adults with developmental disabilities. The tremendous success of the Aquathon is due to the dedication, commitment, and passion of people like you who swim to support our mission, and we thank you!

We know many of you look forward to the Aquathon event each year and we are grateful for your on-going support. Given public health guidelines, we have not been able to host the typical in-person event. We have, however, been exploring new ways to bring the community together in a safe and healthy way.

In lieu of the Aquathon this year, we are inviting all past teams to join us for Bay Area Giving Day on Tuesday, March 23, 2021. It will be fully virtual and there are three different ways to start getting involved today! View the Bay Area Giving Day page for more information! 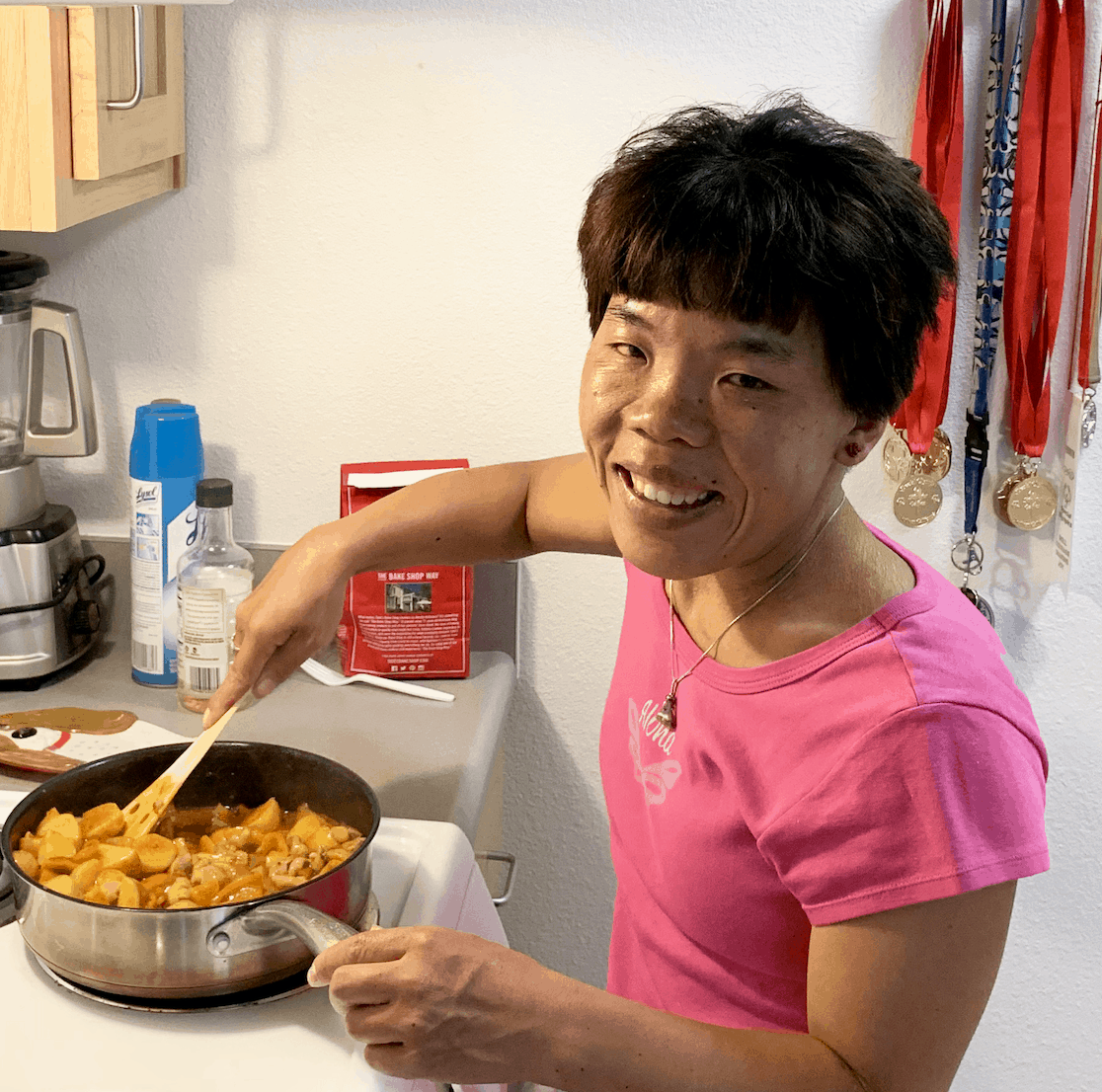 Jenna is a resilient, determined and motivated woman who has received services from our organization for more than a decade. “I am very proud of myself. I am working full-time now at Whole Foods and able to rent an apartment and live on my own,” Jenna explains. “I couldn’t have done it without my coaches.”

Jenna started receiving job training and placement support as part of her transition plan after she graduated from high school. Before joining Gatepath, her family described her as very shy, almost non-verbal, and she didn’t easily make friends in school. Shortly after starting with a job coach, she landed her first job with Walgreens. Her extraordinary personal transformation in such a short period of time earned her the honor of being named the 2008 Neal Poppin Award winner at our annual signature event, Power of Possibilities.

In 2017, Jenna moved to Mountain View where she joined our Independent Living Skills (ILS) program while simultaneously starting a new job at Whole Foods. Jenna’s ILS coach helped her create a monthly spending budget, showed her how to grocery shop, cook, and save money for retirement. “When I don’t stay within my budget, it shows on my face. I get really worried and stressed,” Jenna said. Jenna’s mother says “It’s comforting to know that the people at AbilityPath are so caring and supportive. AbilityPath is a very positive spot in our lives.”

It was an honor to recognize Jenna Yee as the 2019 Aquathon Honorary Swimmer. She loves to swim, and it was her third year participating in the event. She took the first lap of the day and competed on her own team!