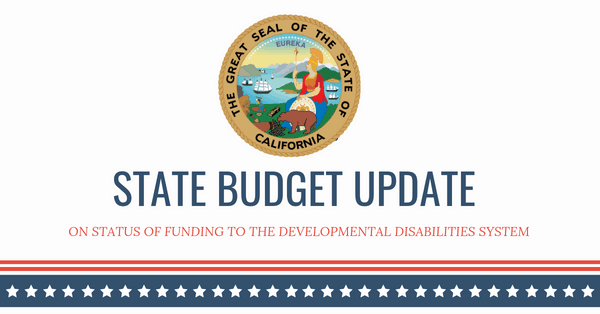 Over the past several months, we have advocated for improved funding of the developmental disabilities system in the FY2019-20 California State Budget, seeking to stabilize the safety net of services that Californians with intellectual and developmental disabilities (I/DD) rely on. This has been one of the most important budget cycles facing the I/DD system in the last decade.  The developmental disabilities system has endured $1 billion in cuts since the Great Recession, creating a financial crisis for many service providers across the state.  The California’s funding shortfalls for the I/DD system have directly led to more than 28,000 program closures since 2009.  Our policy makers needed to approve a budget that addressed inflation, the high costs of living in many geographies in the state, the growth in the number of people needing support services and the decade long underfunding of the statewide system.

WE MADE AN IMPACT!

While this is a start, it is not nearly enough to prevent program closures from continuing nor will it compensate for the wage gaps experienced by many direct care professionals. San Mateo Assemblyman Kevin Mullin, who championed our request throughout the year, said in a recent article in the San Mateo Daily Journal that he felt “increases in the funding available for services aimed at assisting developmentally disabled residents fell short of what’s needed, especially in high-cost areas like San Mateo County.”

All of us at Gatepath are sincerely grateful for your support in this advocacy effort. Although we experienced a small win, we have more work to do.  We hope you will continue on this journey with us. We need you now more than ever to help raise awareness for our system’s funding crisis.  Your voice will help ensure the vital services for those with developmental disabilities are protected.