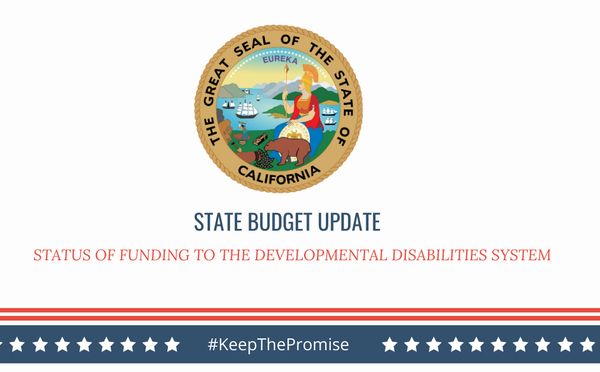 Redwood City, CA — California Governor Gavin Newsom announced his proposed 2020-21 State Spending Budget last week, acknowledging that special education is in a state of crisis.  “It’s a real shame,” the Governor said in his press conference.   However, the investments outlined in his budget fall short of closing the nearly $2 billion funding gap for services to Californians with intellectual and developmental disabilities (IDD).

“While we are relieved that our system of services wasn’t ignored this year in the Governor’s budget, it still fails to address the decades of underfunding for the developmental disabilities system,” said Bryan Neider, CEO, Gatepath. “Unfortunately, the proposed budget is not a long-term solution for a chronically underfunded system.”

One of the provisions in the proposed budget that raises concerns by the IDD community is the suspension on funding for IDD services scheduled for July of 2023. Gatepath, a 100-year-old nonprofit providing services to thousands of children, youth and adults with developmental disabilities in the greater Bay Area, said it urges the State to remove the suspension date entirely. “Service providers won’t be able to keep up with increases in caseloads and the economic pressures of minimum wage hikes and inflation,” Neider said. “Most importantly, those with developmental disabilities require services throughout their entire lives. Their need for support services won’t just go away in July 2023.”

The Governor also allocated funding to three programs that he says were erroneously omitted from receiving any increases in the 2019-20 Budget Act:  Early Intervention, Infant Development and Independent Living Skills. However, the increases for these services won’t take effect until January 2021.

“While there was once again an attempt to do the right thing by funding some of these vital programs for children and families, the increases for these three services don’t go into effect until a year later, which may be too late for some service providers,” Neider said. “Without an immediate investment now, we will continue to see programs close across the state, and those we care about unable to access the support services they need.”

Funding for social and recreational programs continues to be overlooked in this budget and is suffering.  Funding to those programs were drastically cut during the recession with virtually no funding being restored over the past decade.

Gatepath says it fully supports The Lanterman Coalition’s comprehensive, multi-year budget proposal being sent to the Governor, which aims to save critical support services and create longer-term solutions to ensure the 360,000 Californians with developmental disabilities have inclusive opportunities to live full and productive lives.

During the Governor’s press conference, he said, “a state budget is a statement of values” and reflects his priorities.  In response to that statement Neider said “If this budget proposal reflects the State’s values, it is evident that the livelihood and well-being of our most vulnerable citizens are not valued by this Administration.”

Neider was recently selected to participate in the Department of Developmental Services Task Force workgroup for “System and Fiscal Reform.” This group will provide recommendations to achieve system sustainability to better serve individuals through system and fiscal reforms, evaluating compliance with federal rules and recommending key system performance outcomes and measures.

Gatepath has been a cornerstone of our community for 100 years, providing a lifespan of support services to individuals with special needs and developmental disabilities in the greater Bay Area. Our mission is to empower people with special needs to achieve their full potential through innovative, inclusive programs and community partnerships. With educational, therapeutic, vocational and family support services, we are distinctive in providing support to an individual throughout his or her lifetime. We collaborate with businesses, third party providers, local nonprofits and various organizations to bring the highest quality services to the children, youth and adults in our programs. Together, we are creating a world where people of all abilities are fully accepted, respected and included in all aspects of life – in the classroom, the workplace and in our communities.

BETTER TOGETHER! On July 1, 2019, Abilities United became affiliated with Gatepath, ensuring individuals with developmental disabilities and their families in San Mateo and Santa Clara Counties continue to receive important services and achieve their full potential.