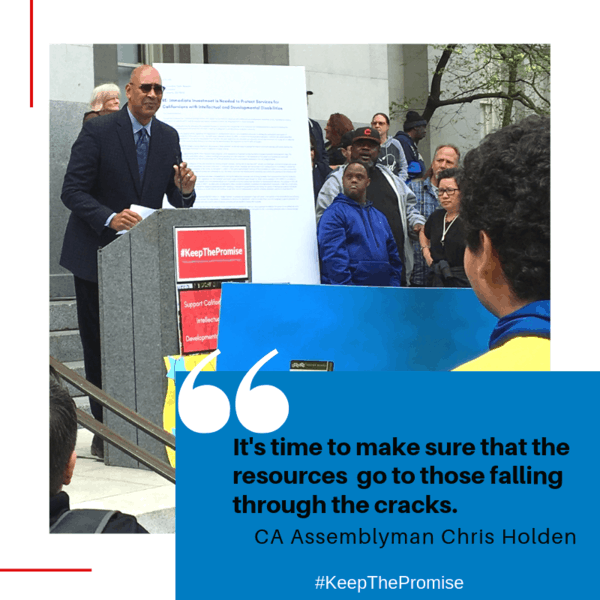 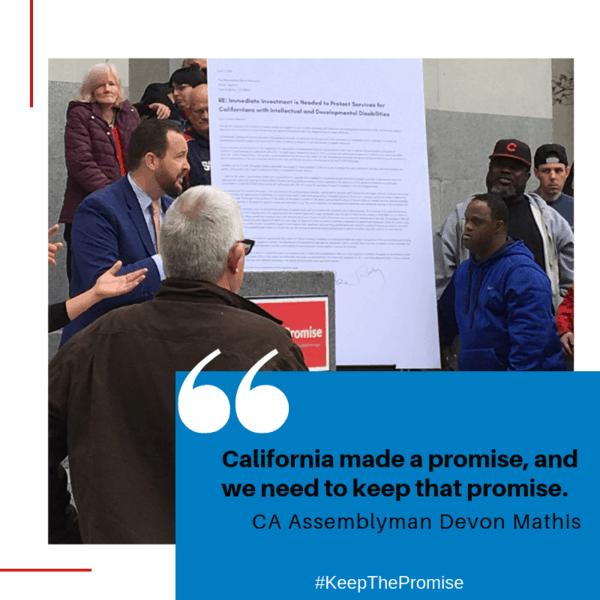 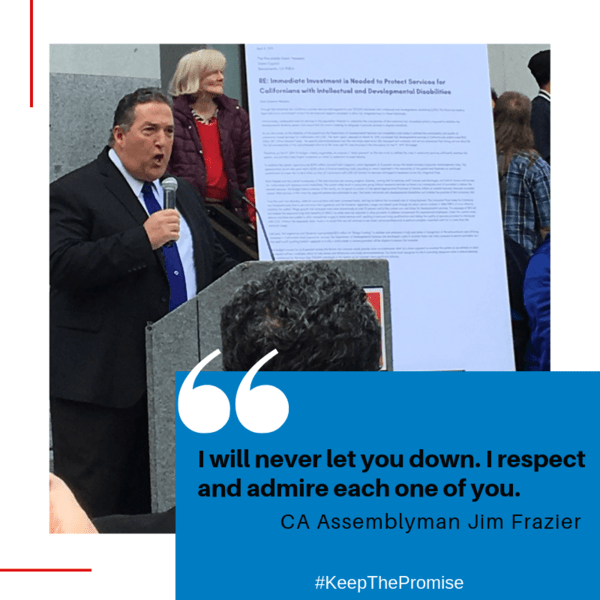 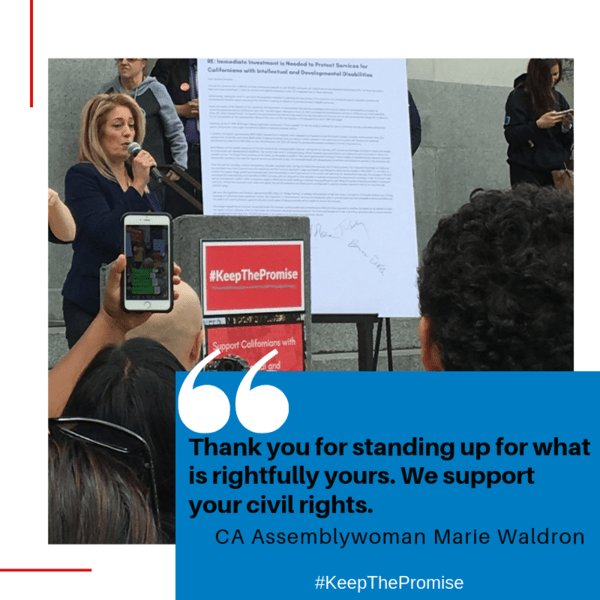 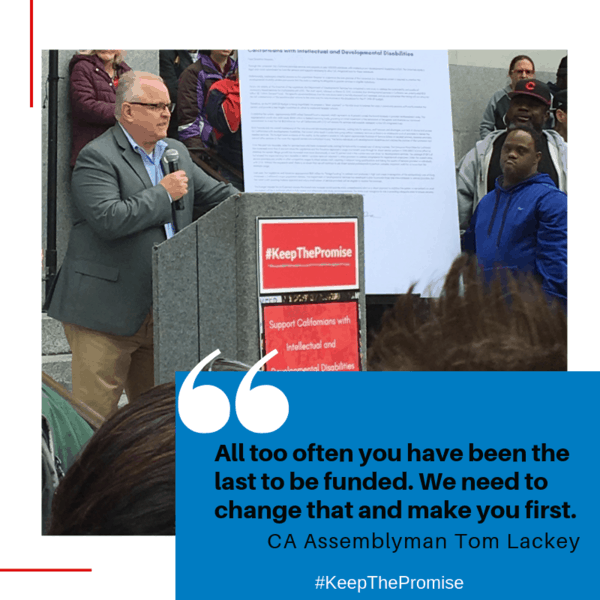 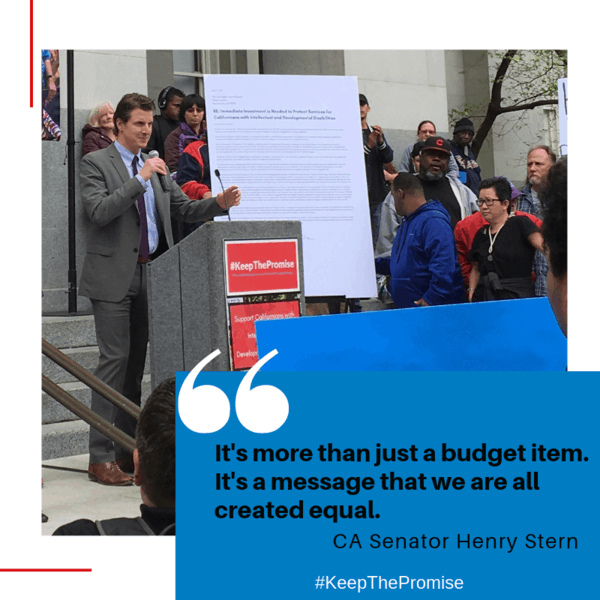 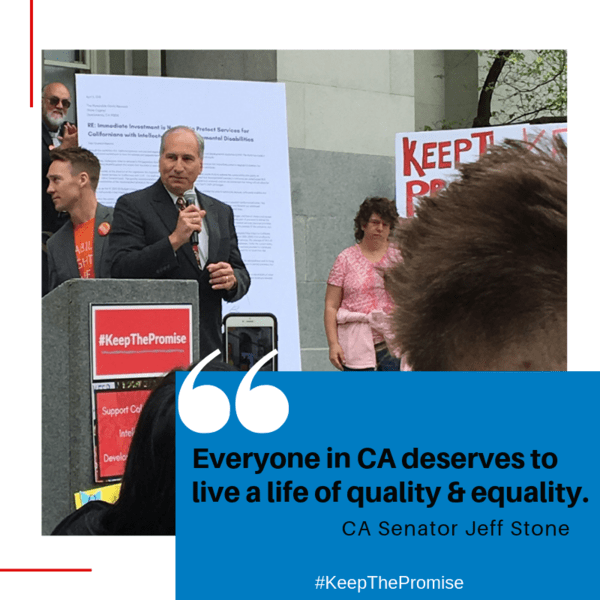 Last week, California Governor Gavin Newsom released his revised budget for FY 2019-20. While the Governor’s budget included a modest increase to the developmental disabilities system, the funding is limited to only a few designated program areas and it provides virtually no funding relief for most service providers. In addition, all of the funding increases are deferred until January 2020, providing no support to service providers already under siege due to the lack of state funding. This proposed spending budget is nowhere close to being enough to stabilize a system in crisis. The budget needs to be revisited NOW, or we will continue to see programs across the state close. Once again, services to Californians with special needs and developmental disabilities are being neglected. Protecting the care for some of our most vulnerable citizens should be a priority for California.

We remain steadfast in our request that an 8% system-wide rate increase be included in the FY 2019-20 state budget. We are asking the Governor to amend his budget proposal to support the needs of the developmental disabilities community. California has an unprecedented budget surplus of over $21.5 billion, and yet the Governor is surprisingly reluctant to appropriate just over 1% of the current surplus to help relieve the crushing funding pressure on the developmental disabilities system.

The priorities of this budget do not reflect the Governor’s vision of a “California for All”.  We won’t give up hope and we won’t stop advocating on behalf of those we care so much about.

We want to thank the many champions in the California State Assembly and Senate, who have signed a letter of support for our request of an 8% increase in funding. We are especially grateful to our local elected officials, Assembly member Kevin Mullin and Senator Jerry Hill. Today, we had a small victory in the Senate: Our request was approved unanimously by the members of the Senate Budget Subcommittee #3. A special thanks to Committee Members, Senators Jeff Stone, Dr. Richard Pan and Melissa Hurtado for supporting the disabilities community.