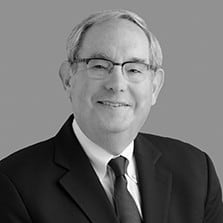 Burnie serves as President and Director of Bailard. Prior to joining Bailard in 1981, he managed institutional and high-net-worth investment portfolios in Bankamerica Corporation’s Capital Counseling Division and Trust Department. Burnie earned his BS from Stanford University in 1970 and performed his graduate work at San Francisco State University. He earned the Chartered Financial Analyst® designation in 1981, and is a member of the CFA Institute and the CFA Society of San Francisco. Burnie currently serves on the national Investment Adviser Association Board of Governors. Burnie has been a member of the investment committee of the Silicon Valley Community Foundation as well as a member of the Hillsborough Schools Foundation Board, where he held positions on the finance and underwriting committees. He was a member of the Business Advisory Council and, for seven years, the worldwide TEC (The Executive Committee) organization (now known as Vistage), for which he still serves as a resource speaker. Burnie is well known for his work as the keynote speaker of Bailard’s Personal Money Management seminars. He enjoys being a golfing member of the Green Hills Country Club in Millbrae, California, where he served on the board of directors and still actively participates in the club’s management via membership on the finance committee. Burnie is married, has two children and resides in Hillsborough.