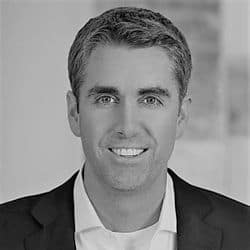 Chris joined the AbilityPath board in 2019 after our merger with Abilities United, where he served on the board since January 2018. Chris is a tax controversy lawyer at the law firm of Skadden Arps in Palo Alto, and brings his experience to the board in advocating for his clients, gaining in-depth knowledge of clients’ operations, strategically working with complex issues involving laws of multiple jurisdictions (including US and foreign law), and negotiating complicated resolutions with numerous interested parties. Chris is honored to serve on the board and since being introduced to Abilities United in 2017 has been inspired by the mission to help individuals and families who face challenges related to developmental disabilities. After graduating from high school in Denver, Colorado, Chris attended college at Boston College in Massachusetts and law school at American University, Washington College of Law in DC. Chris also received a master’s degree from American University in International Relations. He is currently a licensed attorney in the state of California and the District of Columbia. Chris moved to Palo Alto from the Washington, D.C., area in the fall of 2016.