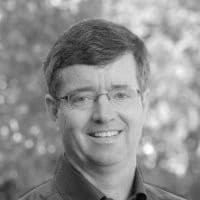 Dave Pine was first elected to the San Mateo County Board of Supervisors in a special election in May 2011, and subsequently reelected in 2012 and 2016.

He served as Board President in 2014 and 2018.  He represents District 1 which includes Burlingame, Hillsborough, Millbrae, and portions of San Bruno and South San Francisco; the unincorporated communities of San Mateo Highlands, Baywood Park and Burlingame Hills; and the San Francisco Airport.

As a board member for the San Francisco Bay Conservation and Development Commission (BCDC), the SF Bay Restoration Authority, the San Mateo County Flood and Sea Level Rise Resiliency District Board, and the San Francisquito Creek Joint Powers Authority, Supervisor Pine has worked extensively on the intersecting issues of flood control, sea level rise and tidal land restoration. He is also the founding chair of the Peninsula Clean Energy Authority and serves on the boards of the San Mateo County Transit District (SamTrans), the Peninsula Corridor Joint Powers Board (Caltrain), the Association of Bay Area Governments, the Bay Area Regional Collaborative, and Joint Venture Silicon Valley.

Before focusing his career on public service, Pine worked as an attorney representing start-up and high-growth technology companies. After working in private practice with Fenwick & West, he served as Vice President and General Counsel for Radius, Excite@Home, and Handspring.

Originally from New Hampshire, Pine is a graduate of Dartmouth College, where he was awarded a Harry S. Truman scholarship and was elected, at age 19, to the New Hampshire State House of Representatives. Following his undergraduate studies, Pine earned his Juris Doctorate from the University of Michigan Law School.