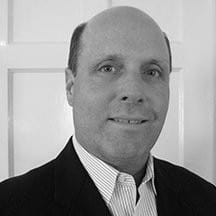 Ray has spent 20 years of his 37 year career in senior executive positions with two publicly traded real estate investment trusts. From 2001 until the end of 2012 he was a member of the Board of Directors, President and COO of Mission West Properties, Inc. which developed, owned and managed in excess of 15 million square feet of office/R&D space in the Silicon Valley of the San Francisco Bay Area. Mission West successfully completed a $1.3 billion sale of its assets in December 2012, and provided approximately a 10% annual total return to its shareholders during each of the ten years prior to its sale.

From 1992 to 1996 he was CFO and COO of Pacific Gateway Properties, Inc. which owned a diversified portfolio of suburban and central business district multi-tenant office, industrial, hospitality, retail, residential and mixed use properties in five states. In 1996 he was promoted to President and CEO, and became a member of its Board of Directors. During his tenure at Pacific Gateway, he was instrumental in the turn around and eventual sale of the company in late 2000, resulting in excess of a 450% return for the company’s shareholders from 1996 to 2000.

Early in his career he worked for four years at Coopers & Lybrand, now Price Waterhouse Coopers, and held several other senior financial management positions with private and public companies.

Since 2013, he has:
– Concentrated on his personal investments, interests and community service.
– Co-founded MW Properties, Inc. (MWP) and Breakwater Properties, LLC. MWP specializes in various advisory assignments involving real estate investment, development, leasing and asset management. Breakwater Properties specializes in debt and equity real estate investments.
– Served on the Board of Directors and elected Chairman of PICO Holdings, Inc., to manage the process of responding to shareholder concerns with corporate governance and the strategic direction of the company.

Ray has guest lectured on all aspects of real estate development, investment, management and finance at the University of California Berkeley’s Haas School of Business and Boalt School of Law, San Jose State University and Golden Gate University. He is a California Certified Public Accountant, and California Real Estate Broker. He has also been involved in numerous charitable and professional organizations.